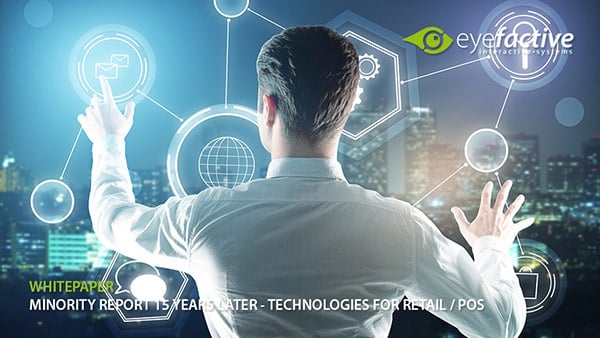 Its hard to believe that its been more than 15 years since Steven Spielberg released Minority Report, based on a short story by Philip K. Dick. His movie introduced audiences to a special effect-laden futuristic world. But now, it seems, most of the technology we first saw in the film is revolutionizing many aspects of our present.

The futuristic thriller Minority Report captivated with scenes featuring innovative technologies such as gesture controlled computer interfaces, ubiquitous large-scale digital displays, eye and facial recognition and many more. Most of these concepts were used as reference points for the future of computing and became the basis for the outbreak and personalization of digital advertising, digital out-of-home marketing and interactive digital signage.

We travel from home to the office and back, unaware that digital signage has permeated pretty much every aspect of our lives. Youve seen it at fastfood restaurants: those animated menus that move and show you tasty meals, boosting your appetite. Large-scale video walls that display perfectly timed messages to passers-by. Informational kiosks at the museum or bank for your convenience. Digital signage is all around us.

As early adopters, Google and Facebook discovered the benefits of face recognition technology for their photo services, helping users tag their friends. Though, this technology is not used with a livestream of real-time video yet.

For now, facial recognition technology in real-time is mainly used by some retail stores to spot and thwart shoplifters, but its just a matter of time before it becomes the basis for profiling customers. NEC for instance is already working on V.I.P. identification software1, based on face recognition, for hotels and other businesses "where there is a need to identify the presence of important visitors." The company FaceFirst2 that designs recognition software for preventing theft at stores predicts retail brands will soon start using it to recognize shoppers and immediately send personalized offers to their phones. And this is just the beginning of the custom shopping experience! Besides facial recognition, smart algorithms will soon be able to recognize our age, gender and moods.

The use of self-service interactive kiosks with touch screens has skyrocketed in popularity in many businesses in recent years for various products and retail services. As modern consumers demand more interactive features and freedom of choice when they make purchases  more and more brands are turning to interactive signage to satisfy these needs.

According to a report by Juniper Research, the largely point and click style computer and internet interactions with which humans have become so familiar are going to enter a paradigm shift in the coming years. In fact, people are now largely interfacing with smartphones and tablets via touch actions and gestures reminiscent of those Tom Cruise used in Minority Report. Interactive video walls, touchscreen kiosks and shop windows with respective multiuser touch software become more and more an exciting and convenient reality for brands and users alike.

Interactive technologies in the context of retail / POS

The intuitive nature of interactive technology makes it an ideal tool in retail environments. Consumers who have experienced making purchases online are potentially more comfortable using self-service kiosks. And these are not the only benefits retail businesses can gain from interactive systems.

Ideation and dispersal of information are important elements across many industries such as retail, hospitality, exhibitions and events, financial services or manufacturing. Classic digital signage takes the next step after passive one-way presentation. It is the solution to fully engaging with the information being displayed. Access to information is also more effective since content can be easily edited and shared on the touch screen. It is an immersive, interactive and intelligent experience that places focus on the user.

Brands like Google and Facebook were the first to deliver highly customized advertising. And out-of-home marketing companies in retail industries are not far behind with interactive billboards that display a message targeted to consumers in real time based on daytime, gender and even mood using interactive technologies.

As touch screen technology is taking over electronics with daily use of devices like smartphones, tablets, display panels and infotainment units e.g. in cars  its only a matter of time before businesses will take advantage of the plethora of benefits that come with it. While movies like Minority Report laid the foundation for the concept of interactive digital signage, theres no limits to what businesses can do with it from this point on.

The innovative technology-based visions of Minority Report have already affected our daily lives. Gestural interfaces, flexible displays and voice activation are among the predictions of the 2002 Tom Cruise film that exist today. In his keynote speech at World Architecture Festival in Singapore, movie designer McDowell said that over 100 patents have been issued for ideas first introduced in the movie, which is set in Washington DC in the year 2054. Perhaps, the most recognizable cutting-edge technology the industry has adopted from Minority Report are the now ubiquitous large-scale digital signage displays and billboards. From Times Square in New York to Tokyo and London and everywhere else in the world  the present is a multi-touch, multi-screen and multi-device reality. 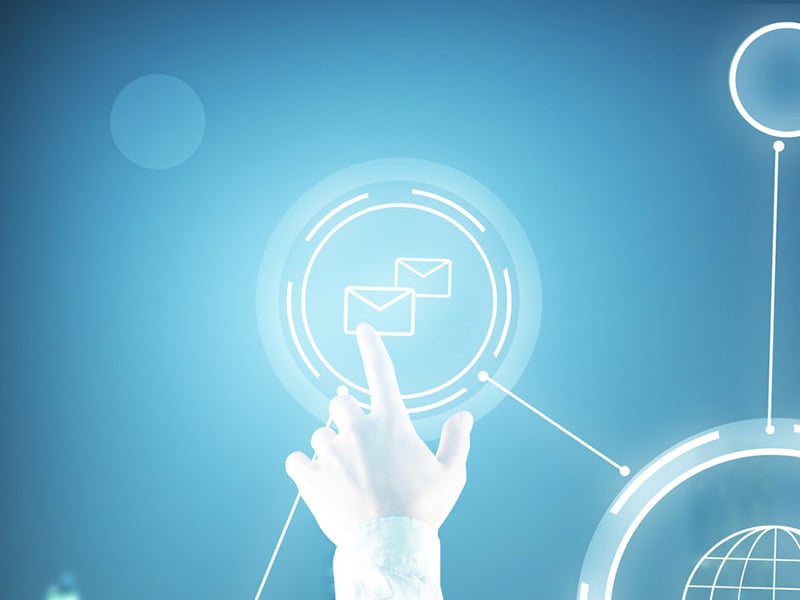 Get all news, special offers and discounts for free via e-mail. Please click on the button to register via a short simple registration form.

Get all updates and press coverage for free via e-mail. Please click on the button to register via a short simple registration form.